For the last two weeks I have been experimenting with a Polaroid Cube and decided to share my thoughts on the action camera in form of a little review. Conveniently, I spent a long weekend in Istanbul during which I took the Cube for a spin and tested it in a travel environment.

The product has been sent to me by a PR firm without any demand for a service in return.

The first thing that catches the eye is the Cube’s design. It is small, colorful, cute and borrows some resemblance from the original design of classic Polaroid cameras. During my time in Istanbul it caught quite some attention and turned out to be a conversation starter whenever I started filming.
Thanks to the compact form factor, the Cube fits in every pocket and is quickly at hand whenever needed. If I had to decide for an action camera just by the looks and form factor it would be the Cube.

At the bottom of the device is a magnet strong enough to attach it to metal surfaces without fear of it being shaken off. I actually attached the Cube to the outside of a ship’s rail and wasn’t too worried about it . The magnet is a really handy addition to the Cube and made me wish there were more metal surfaces in real usage scenarios.

The single control button on top of the cam needs some pressure to work which kept me wondering if photos might turn out shaky but fortunately I didn’t experience any blurred images during my trial. 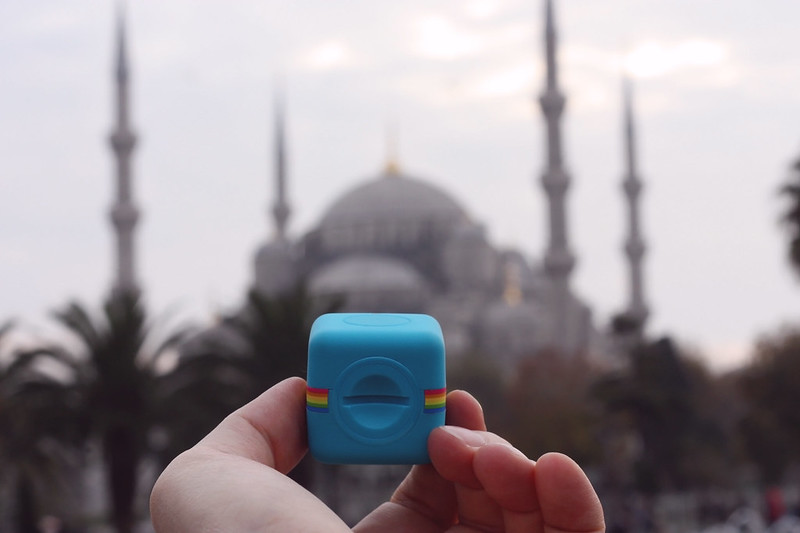 Every first impression of a product can’t be undone and the Cube leaves mixed feelings in that regard. The unboxing experience was mostly unemotional which isn’t necessarily a bad thing but the camera came with an empty battery and isn’t functional before you equip it with a micro sd card.
This brings me to my next point to be considered – the list of accessories needed to make the camera really useful like a micro sd card, a mount for tripods or a waterproof case.
Next to a GoPro or the new HTC RE, the Polaroid Cube is comparably cheap with its 99,99€ price tag but I feel like the price isn’t a bargain when you add a few accessories.

The Cube’s build quality is only mediocre but appropriate for a cheap device. The rubber coating feels nice but I suspect it to peel off in the long run and the rainbow stripes are only glued onto the coating. The case can be opened with a coin to access memory and to shift between 720p or 1080p at 30 frames per second.

When it comes to usability I have mixed feelings about the Cube. In theory it is really convenient to have a single button on top to control every function of the camera but in daily use the handling didn’t feel well executed. Firstly, the camera makes annoying beeping noises to give acoustic feedback and secondly only an LED on top shows if the camera is on and recording. To turn the camera on and off, the button has to be pressed for 3 seconds, a single push takes a photo and a double-push starts recording. As a consequence it takes approximately 4 seconds to start recording a video which is too long for an action camera.

The Polaroid Cube is meant to be a video camera. You can use it to shoot stills but if you are used to something equal or better than an iPhone 5 you won’t want to trade it as your to-go camera unless you want to make use of its wide-angle lens. The Cube shoots stills with 6 megapixels in a less than impressive quality and especially struggles in low light. Videos on the other hand are smooth and I’m satisfied with the quality. 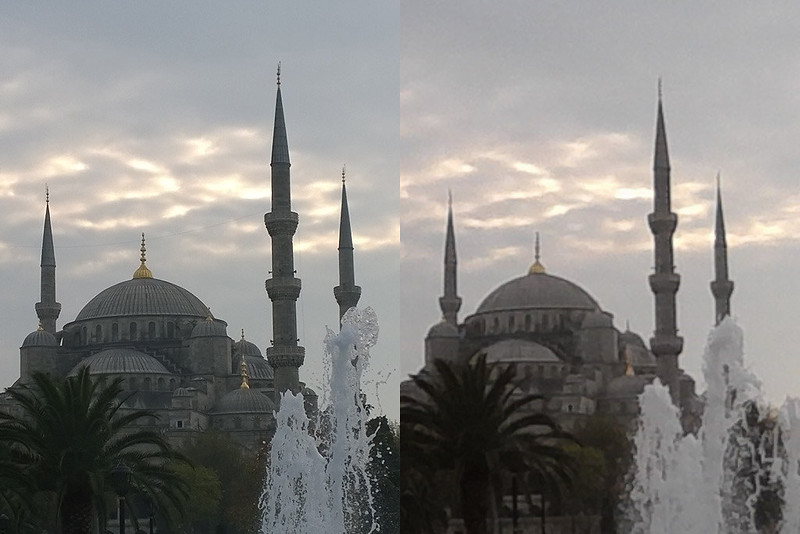 Lumia 1020 on the left, Polaroid Cube on the right 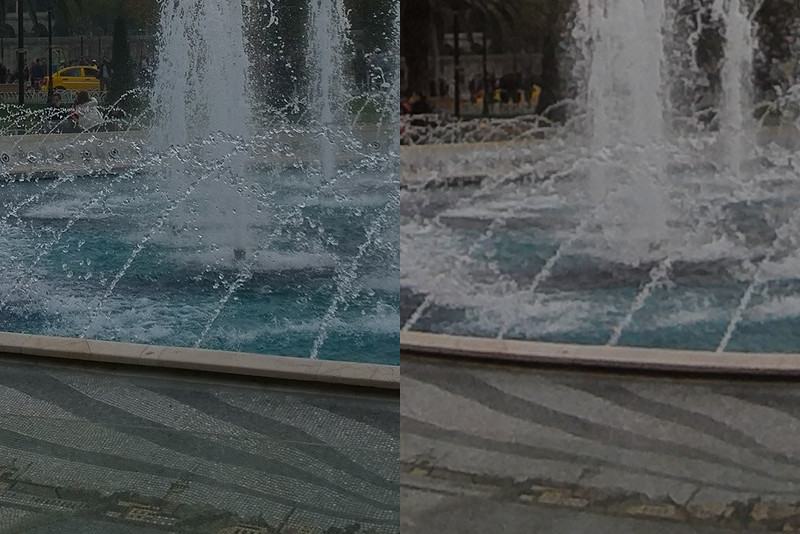 At 100% size the lack io detail from the Polaroid Cube (on the right) becomes obvious. Shadows and colors also appear flat

These photos were both unaltered and taken at the same spot in a difficult lighting situation during sundown and lots of movement from the fountain. It is clear to see that the Lumia produced a better image with far more detail but the Polaroid Cube holds its ground with a fun effect from the wide-angle lens and an image quality good enough for a casual snapshot.
I might add a sample video once I’m done digging through the material I recorded.

If you are looking for a cheap and fun action cam for your travels or casual use, the Polaroid Cube will be a good choice without many downsides. In case you prefer quality over a cheap price tag it might be worth to consider alternatives in the growing action camera segment.