The second part of our trip around Iceland initially led us to the eastern fjords of the country. A highly Icelandic phenomenon however prevented us from seeing the Eastfjords and forced us to continue our travel northways: So far, except for some scattered showers we were lucky and had good weather. But at some point while heading west, thick clouds came down from the mountains and left us with limited vision. 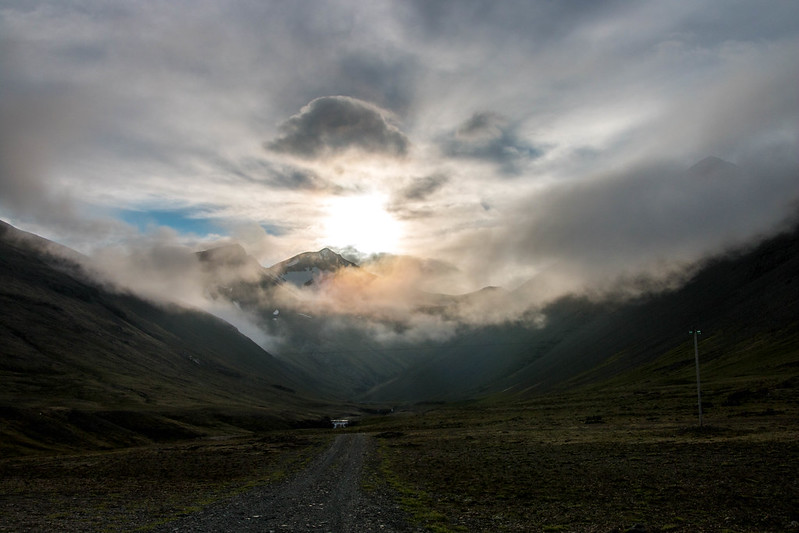 A last glance of the sun before it disappeared behind the clouds. 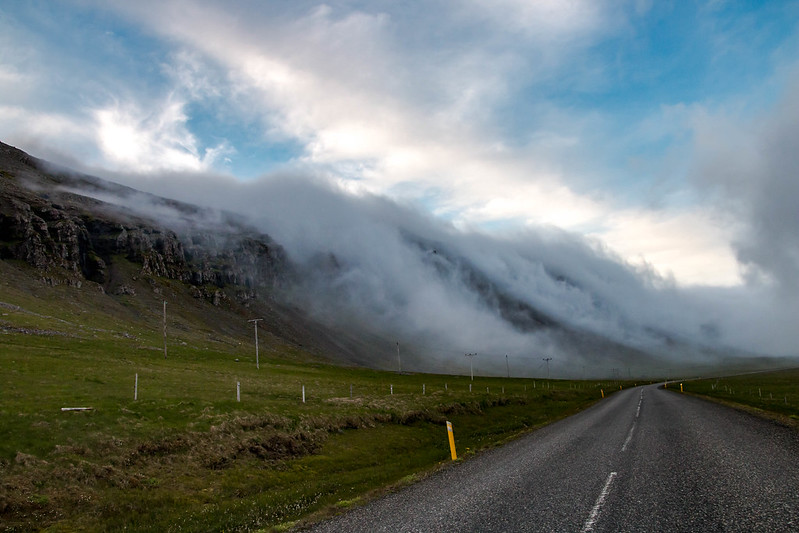 For the next two days the sun remained unseen and the cloud cover was so low that we could barely see a few meters far. We drove over steep mountain passes and the clouds left us with nothing but a hunch of the depths next to us. 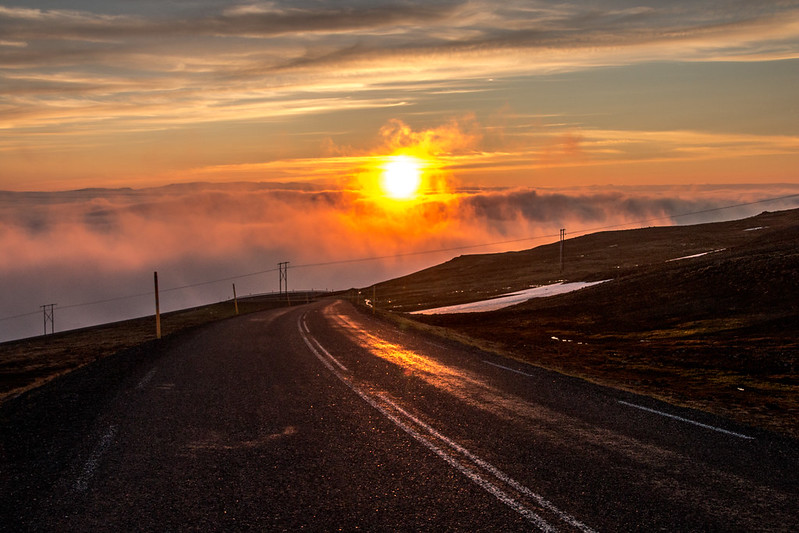 Our highlight during those two days was a steep mountain pass that led us above the cloud ceiling. Suddenly the bad weather was forgotten for a short time and we enjoyed the rays of the low sun before we had to drive back down into the clouds. 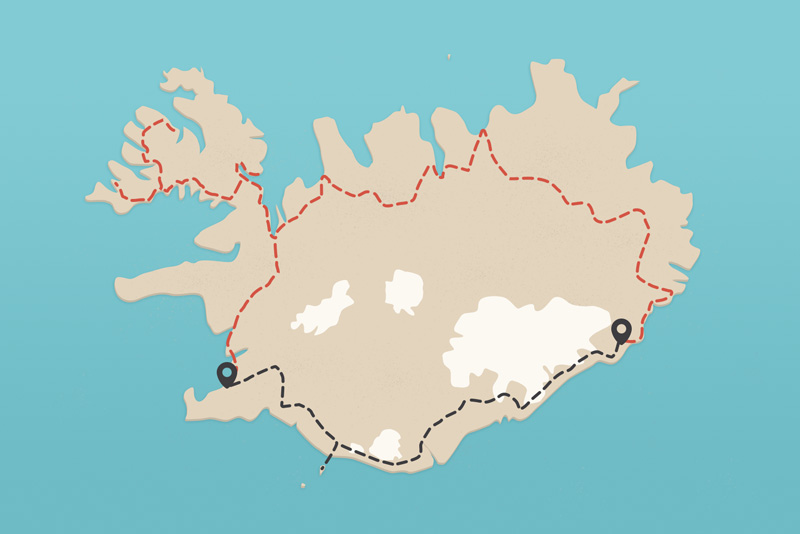 Our travel itinerary led us through the eastern fjords and further apart from the coast to the north to lake Myvatn and Húsavík. From there we followed the ring road along the northern coast towards the Westfjords before circling back to Reykjavik. 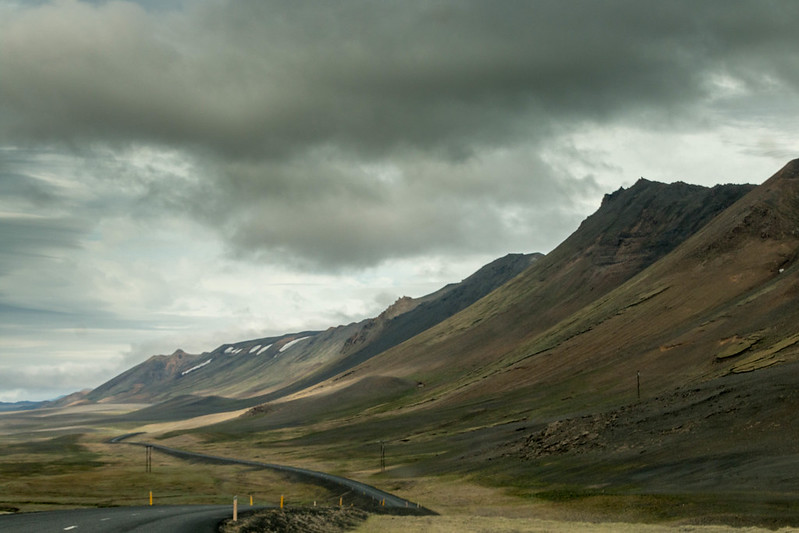 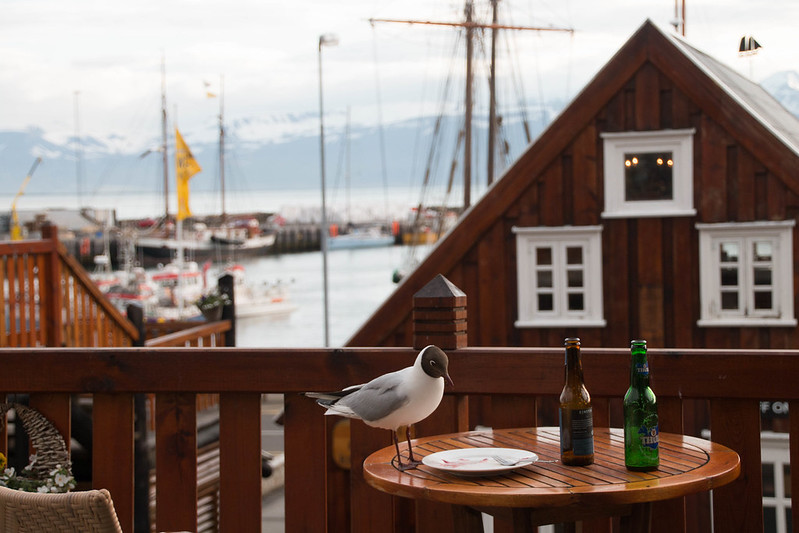 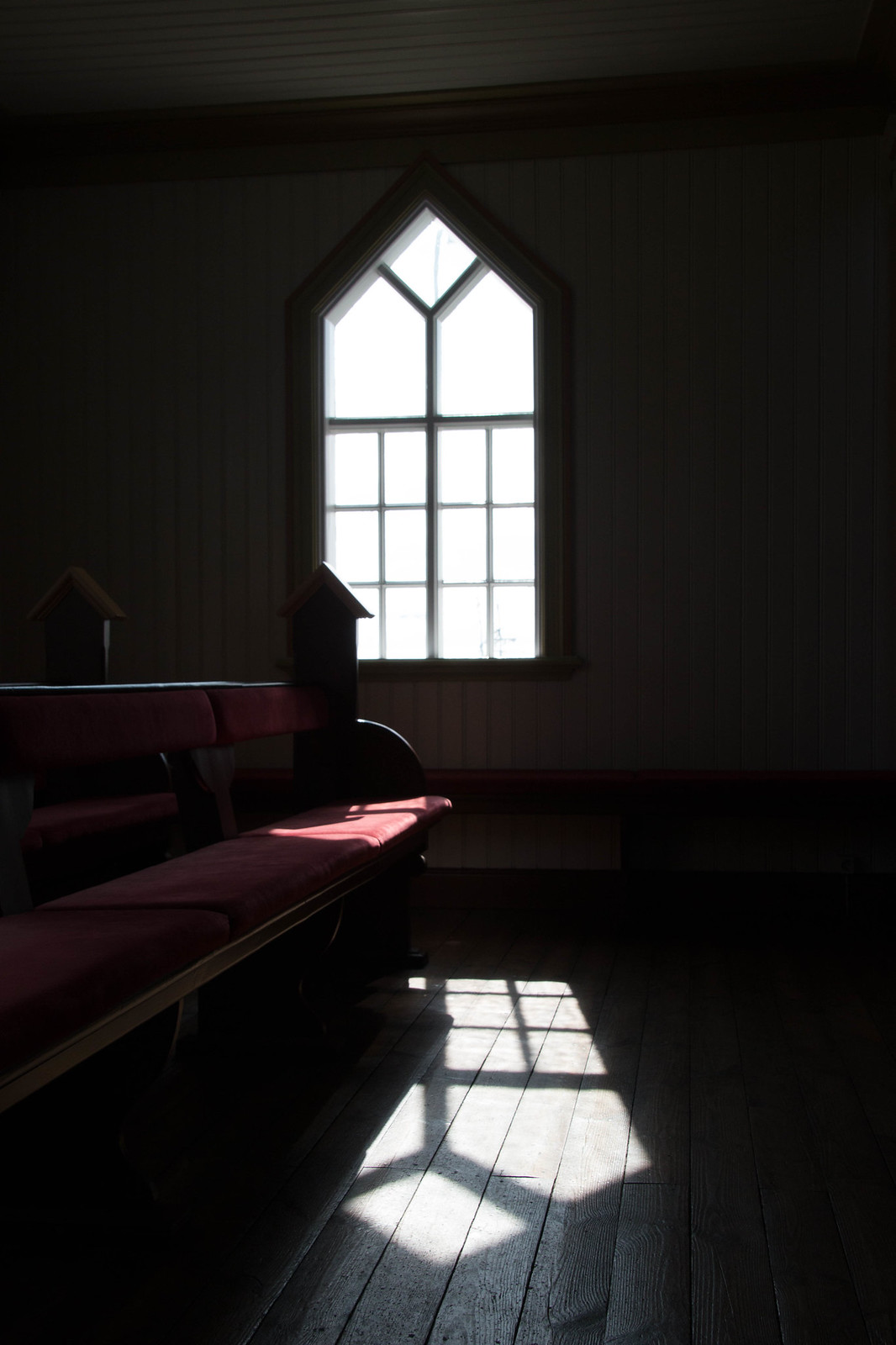 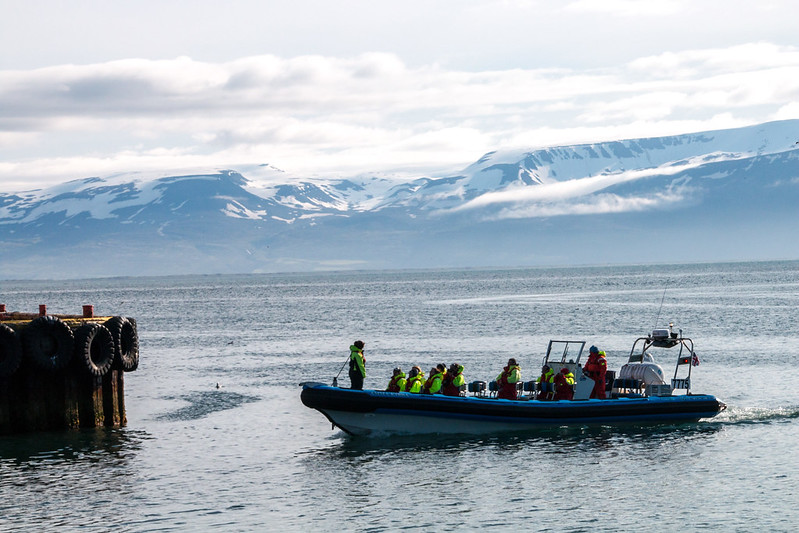 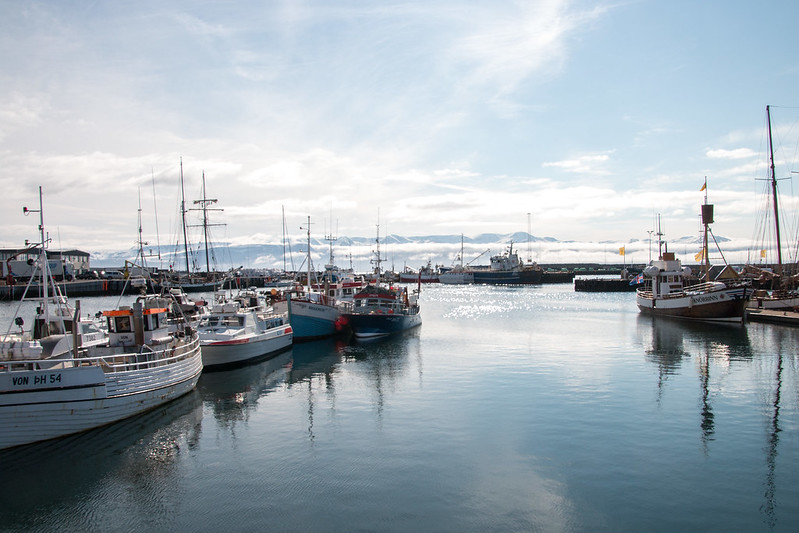 Out of all cities of Iceland I liked Húsavík the most. The little port city offers a marvelous view of snowcapped peaks on the opposite side of the fjord and ships of all shapes and sizes lie idle in the port, waiting for tourists to be taken on tours.
Our friends took a whalewatching tour from Húsavík while we visited a small wooden church and observed the sea while indulging in a cappucino at the port. 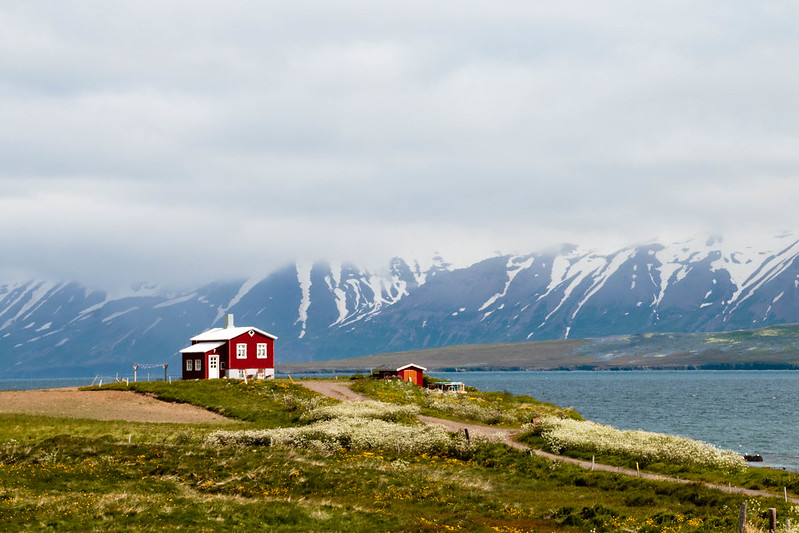 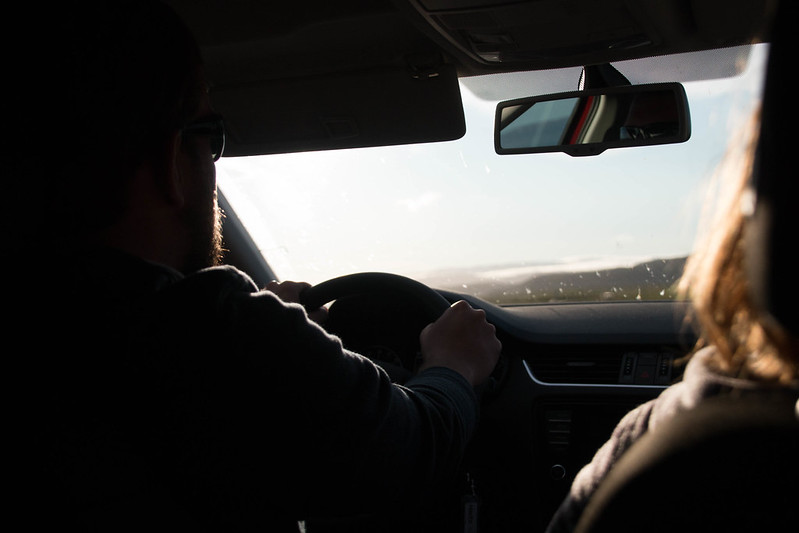 We didn’t find Lake Myvatn to be particularly interesting but we used a cloudy day to visit the hot springs of the area. Myvatn Natural Springs is one of the biggest natural springs that has been built into a public bath and is far less crowded than the Blue Lagoon close to Reykjavik.
Overall we enjoyed Icelands bathing culture and all the small hot springs along the roads. On some cold days we just went to a swimming pool or relaxed in hot pools which is especially nice when it is cold and rainy outside. 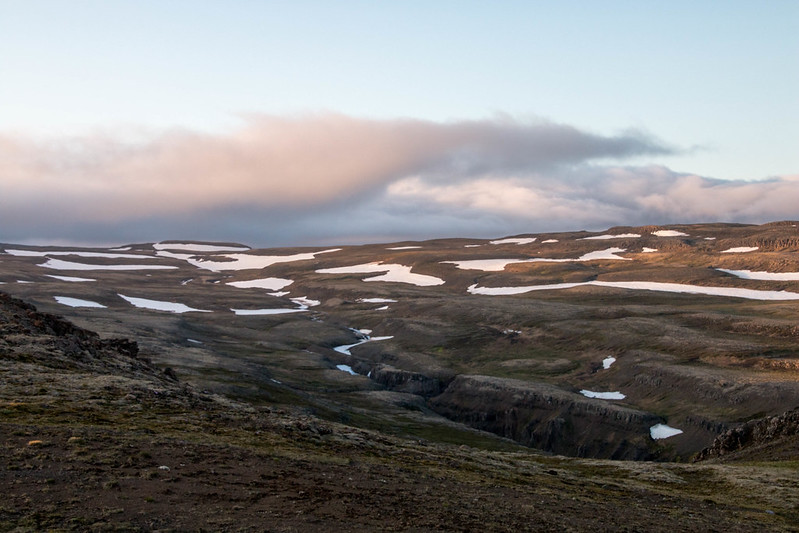 The Westfjords are one of the most striking landscapes of Iceland. Rough mountains, snowy summits, waterfalls, deep blue waters and breathtaking views around every corner. 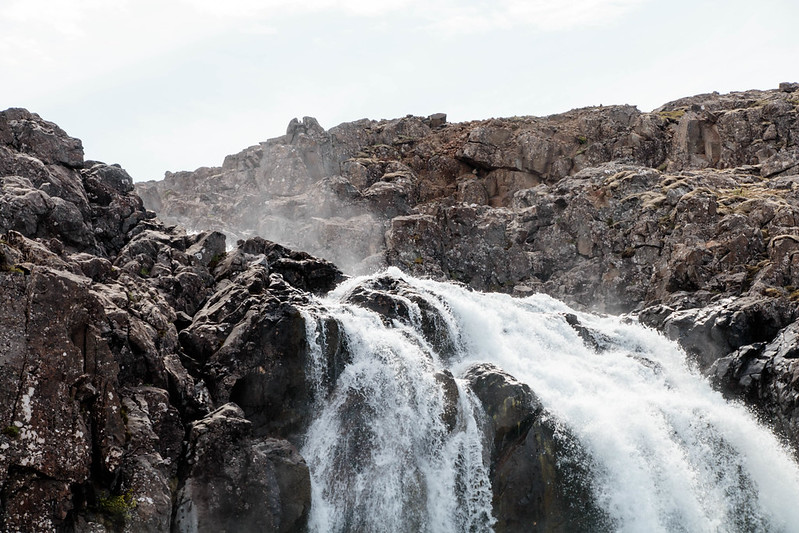 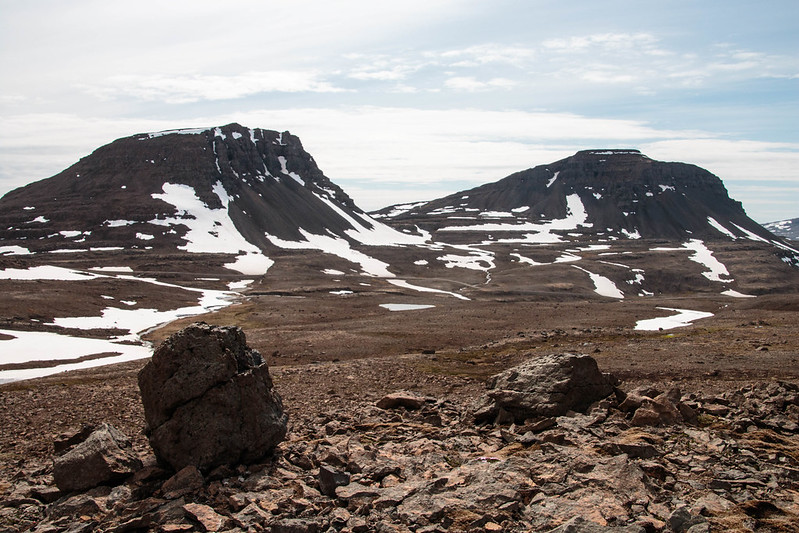 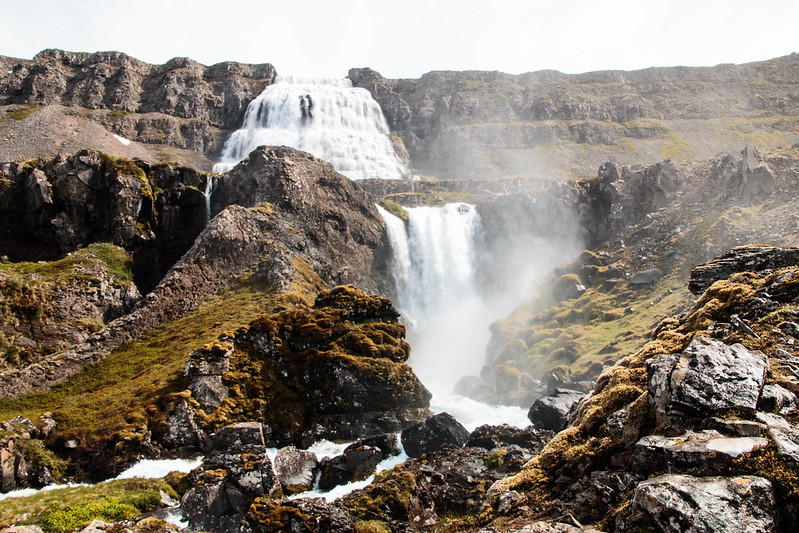 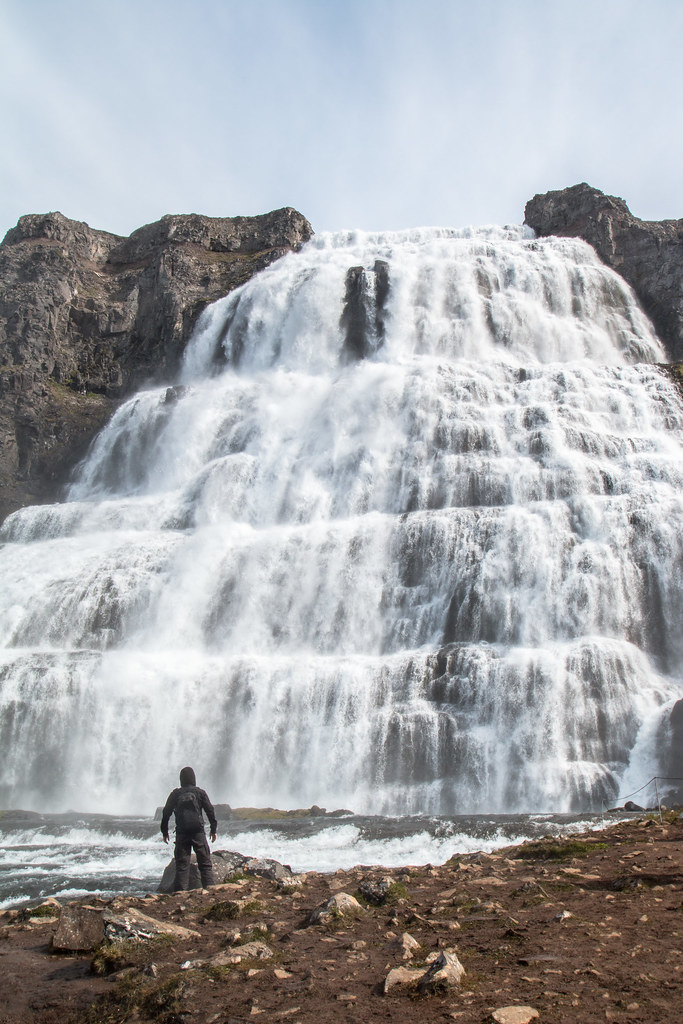 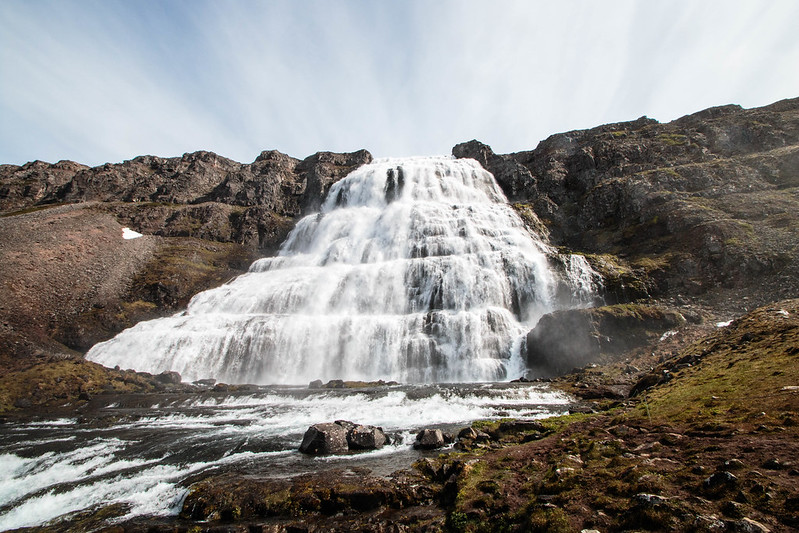 One of the most impressive waterfalls of our trip is Dynjandi, a massive waterfall located in the Westfjords. Dynjandi consists of seven cascades with a cumulative height of 100 meters and is 60 metres wide at its base. Beneath the main waterfall, the water winds down into the valley with several smaller waterfalls and the path leading towards the waterfall follows the stream in the opposite direction uphills. 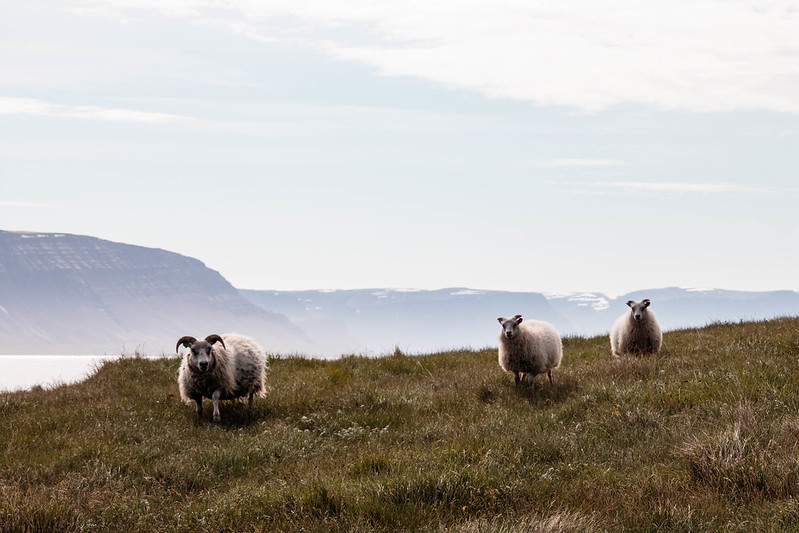 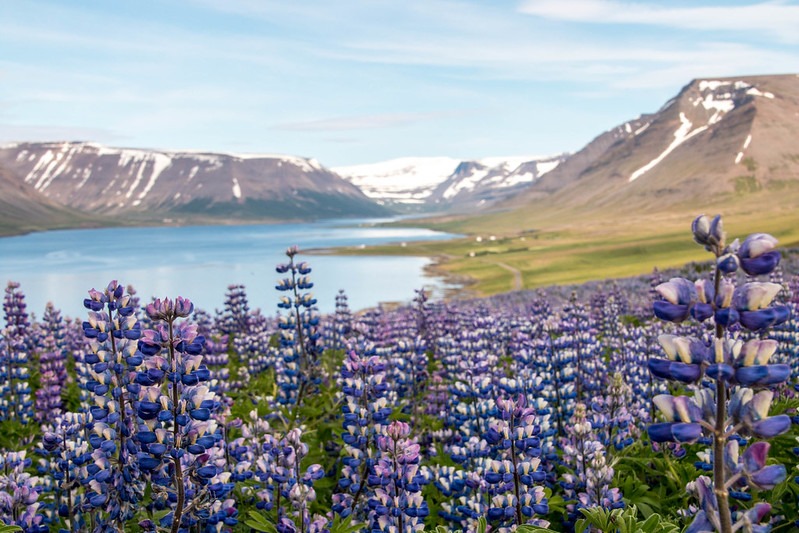 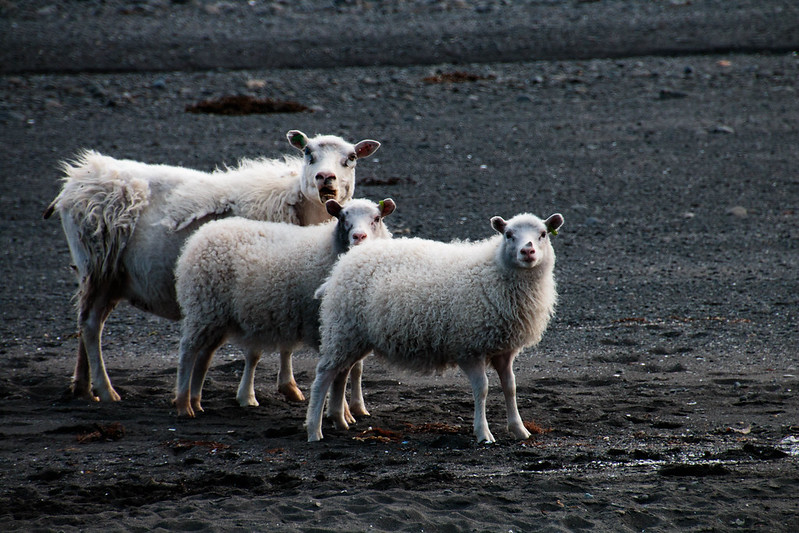 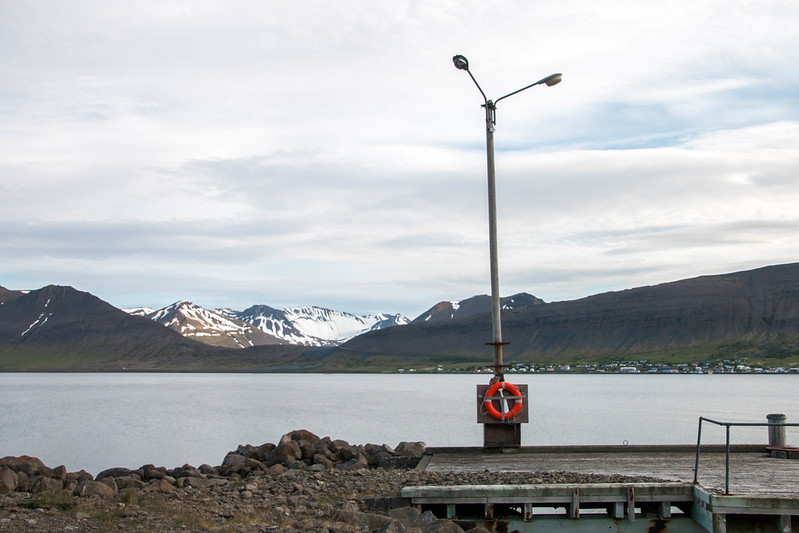 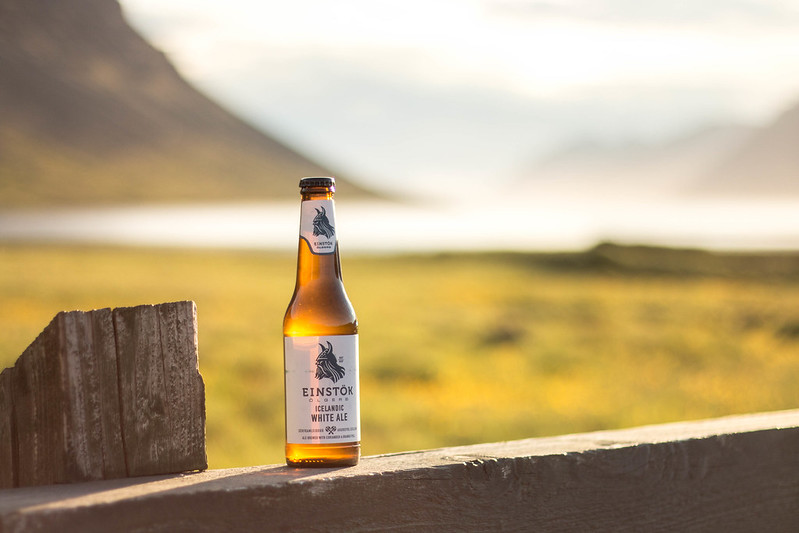 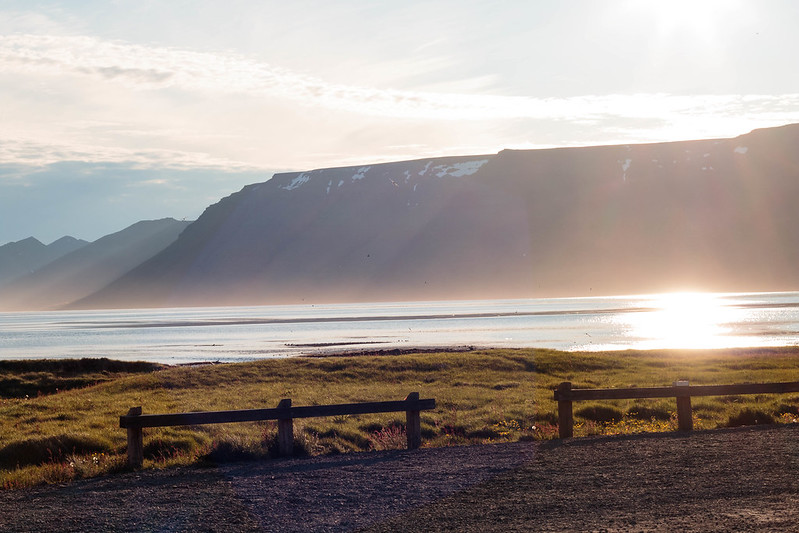 On the way back from a day trip into the fjords we stopped at the base of Dynjandi to enjoy an Icelandic ale while watching the sundown. It was a beautiful moment with many other travellers of different origins and generations around us, doing the same. 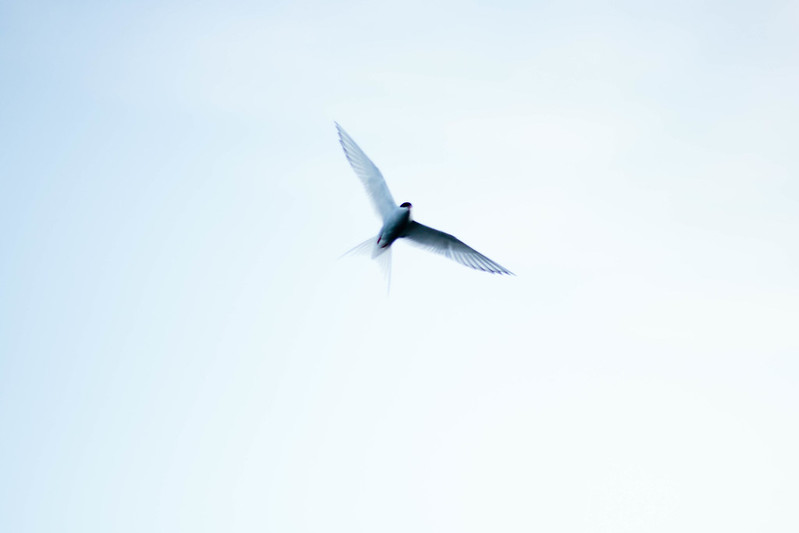 It is not particulary easy to hold the camera still when a swallow performs mock attacks to defend its nest. 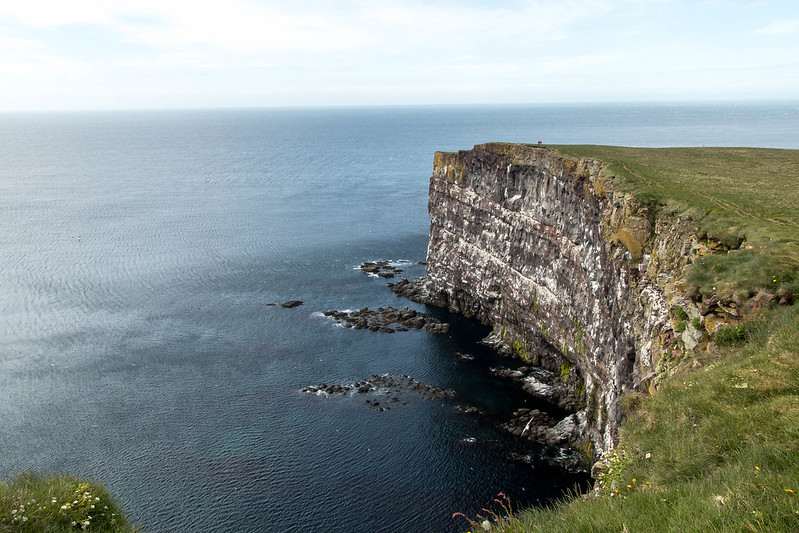 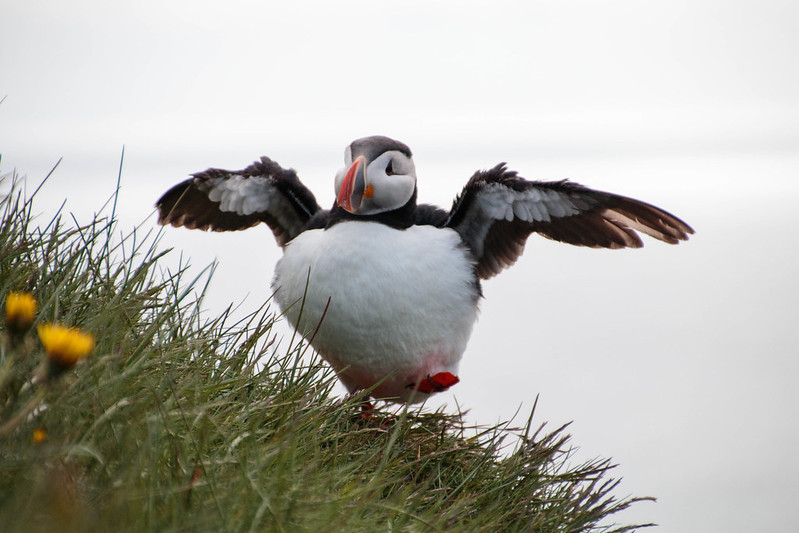 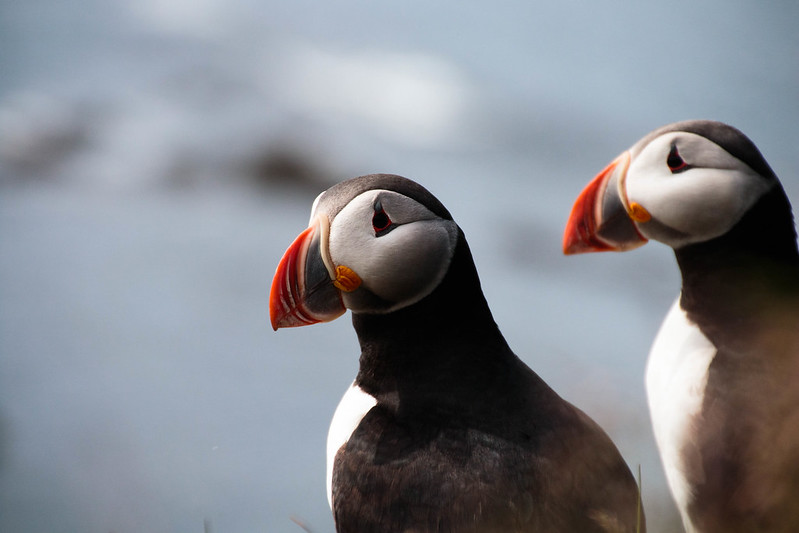 On our last tour we visited the bird colonies of Látrabjarg. At the westernmost point of Iceland we didn’t only have a marvellous view of the peninsula to the south of us but encountered a true highlight of Iceland: Puffins. These adorable little birds live next to other species on the cliffs and act as photogenic as it gets. No wonder puffins are being marketed as a symbol of Iceland. 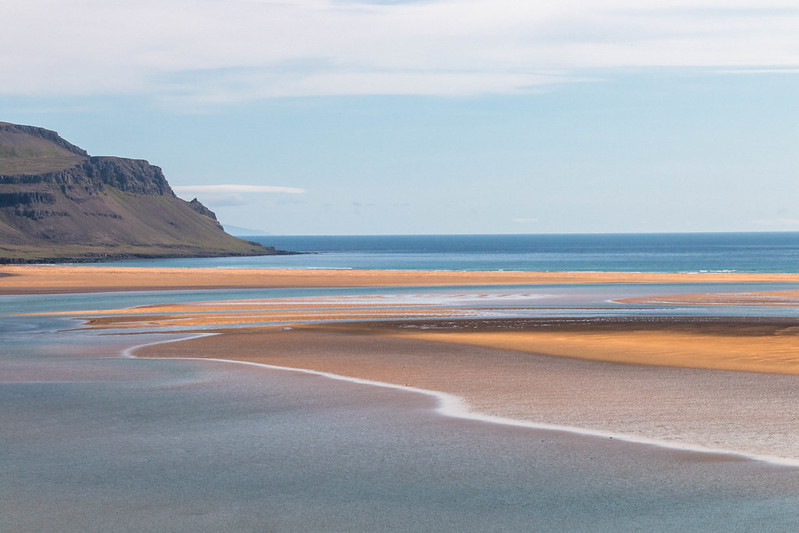 Our way back took us past the orange beach of Rauðasandur, a beach that I had rather expected somewhere in the Pacific than in Iceland where most beaches are black from volcanic ashes.

There is nothing else to add except we enjoyed Iceland to the fullest and will definately come back to see more of the mainland.