After a long time of planning and anticipation we finally have been to Iceland and we weren’t promised too much by friends who already made the trip: I rarely saw a country as diverse and mystical as Iceland. During our two weeks on the island we experienced never-ending daylight, rugged coastlines, black beaches, green mountain slopes, volcanos, glaciers and dramatic sundowns. Our approach to Reykjavik was a first pretaste on the impressions that were about to come. Our flight started after sundown in Hamburg but we flew towards the sun and witnessed three hours of sundown during which the ocean seemed like dipped into gold. 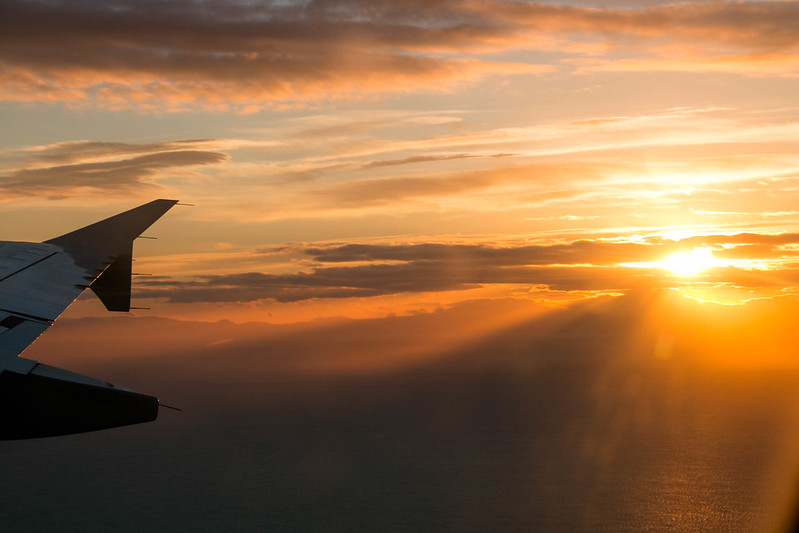 A distinctive feature of Iceland that we had to grow accustomed to were the sundowns. My usual experience with pictures of sundowns are lengthy preparations and limited timeframes. Iceland however lies so far to the north that it never gets completely dark during summer and we enjoyed four hours of sundown that merged into sunrise each day. 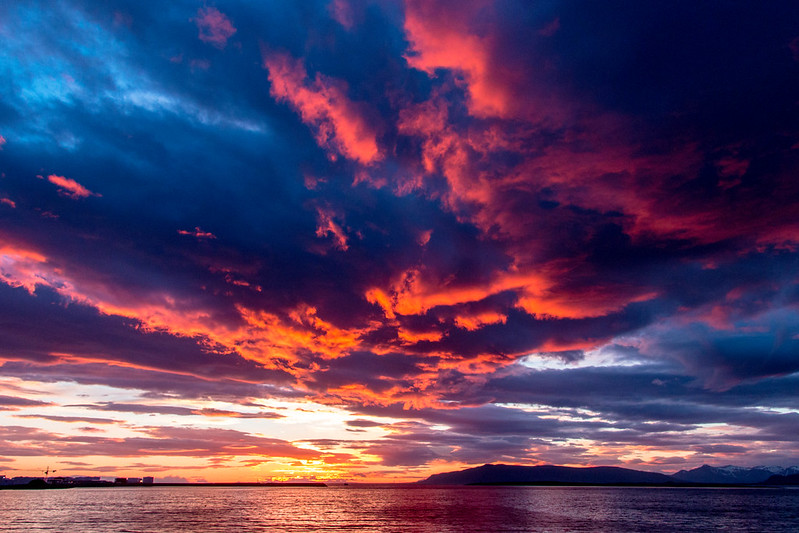 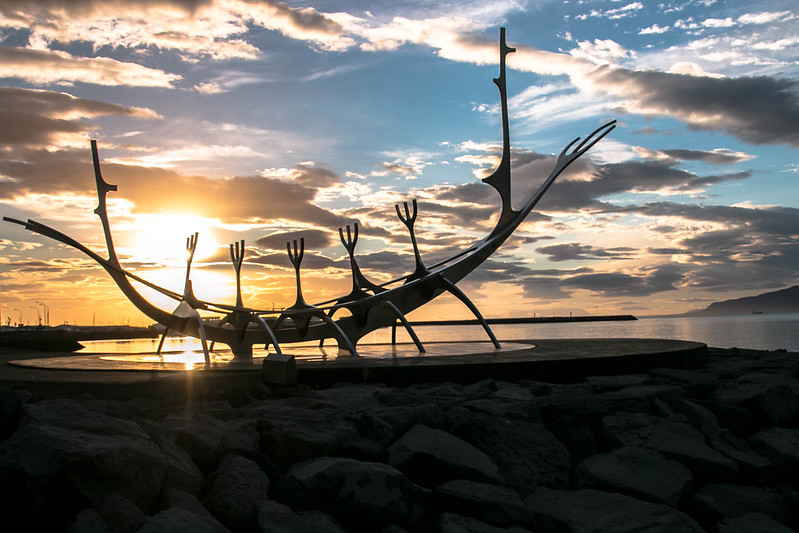 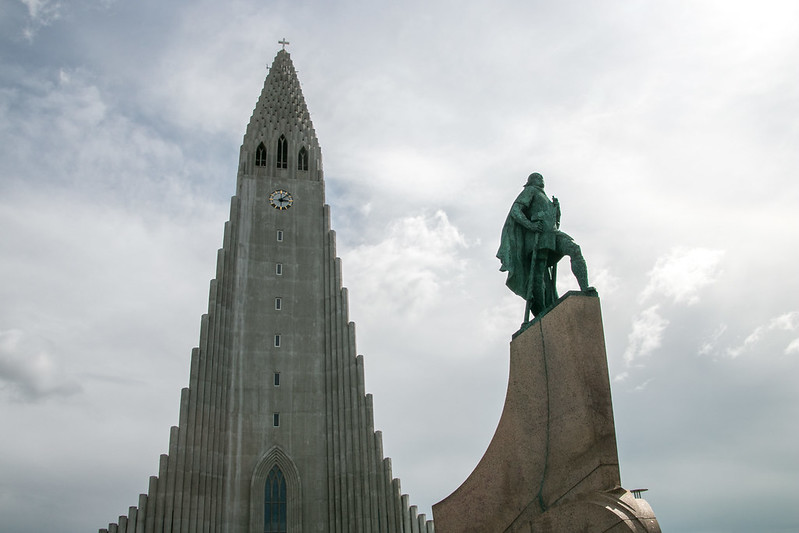 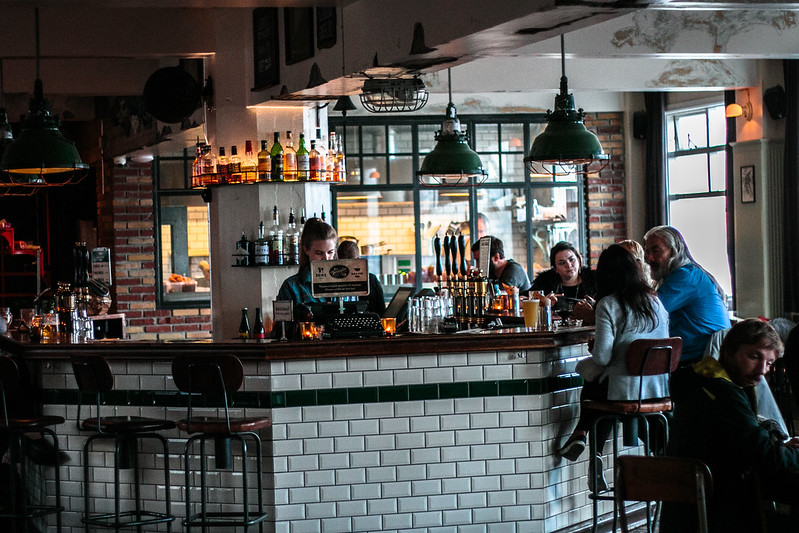 Our travel itinerary was a roundtrip on the ringroad along the coastline of Iceland. We travelled together with two dear friends from Hamburg and shared a rental car to cut expenses. We spent the first three nights in a hostel in Reykjavik before we fetched our car and began circling the island counterclockwise, driving from one camping site to the next. 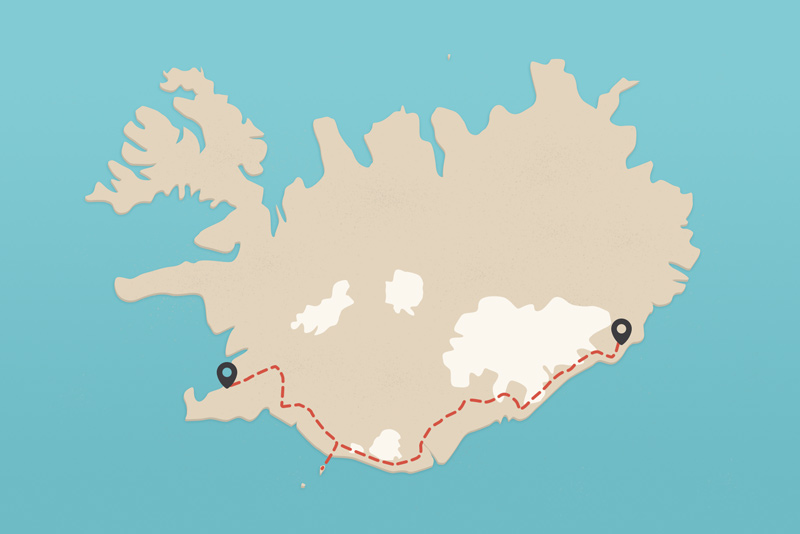 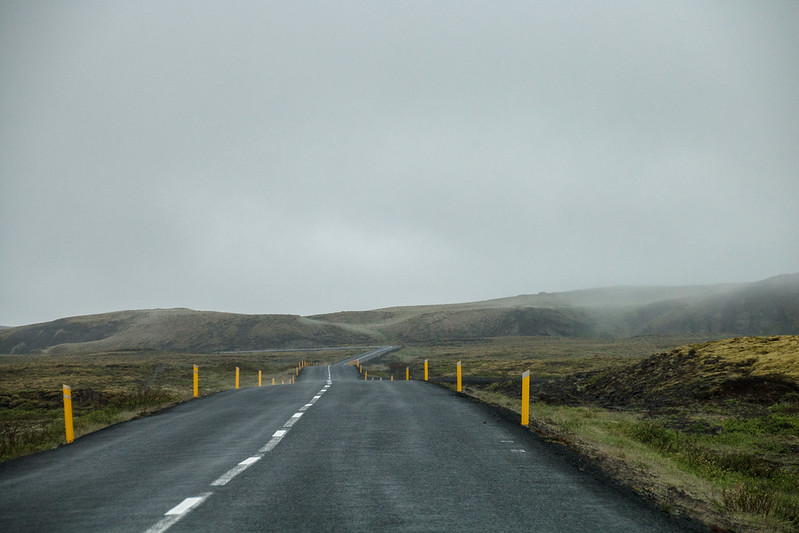 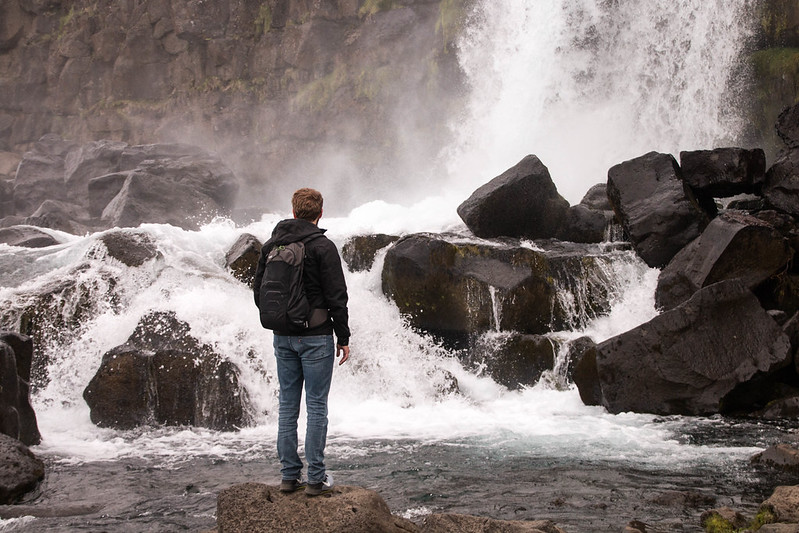 Our first major destination was the Golden Circle, an area with a high density of tourist attractions like Thingvellir, Geysir and Gulfoss. While we enjoyed the attractions, the Golden Circle belongs to the more touristic sites of Iceland due to its proximity to the capital. As a result the area has more coaches and overlay-tourists than most other areas. I guess next time we’d leave this part out. 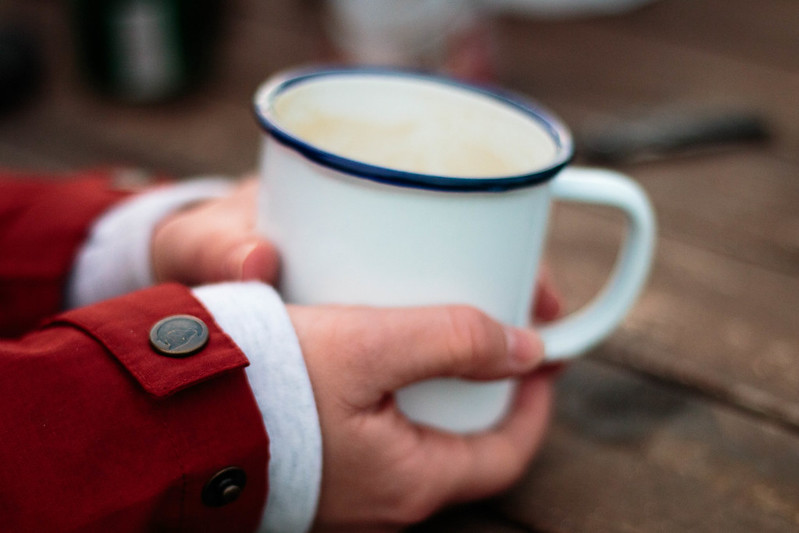 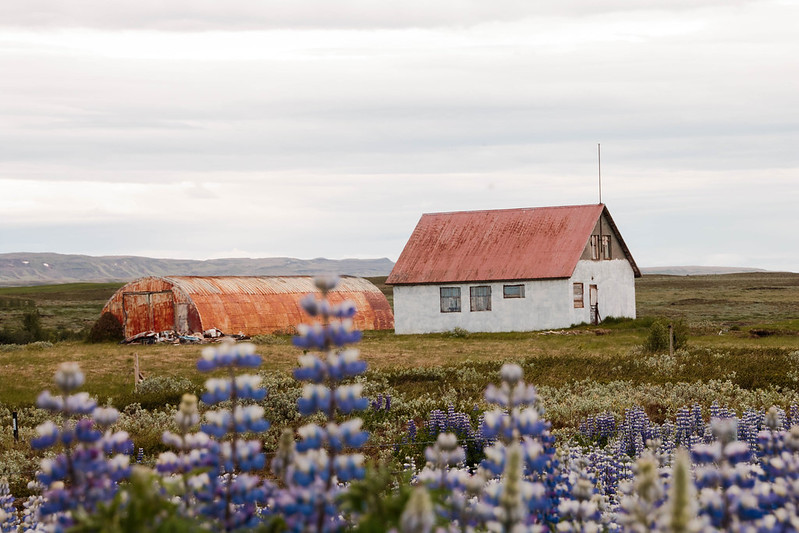 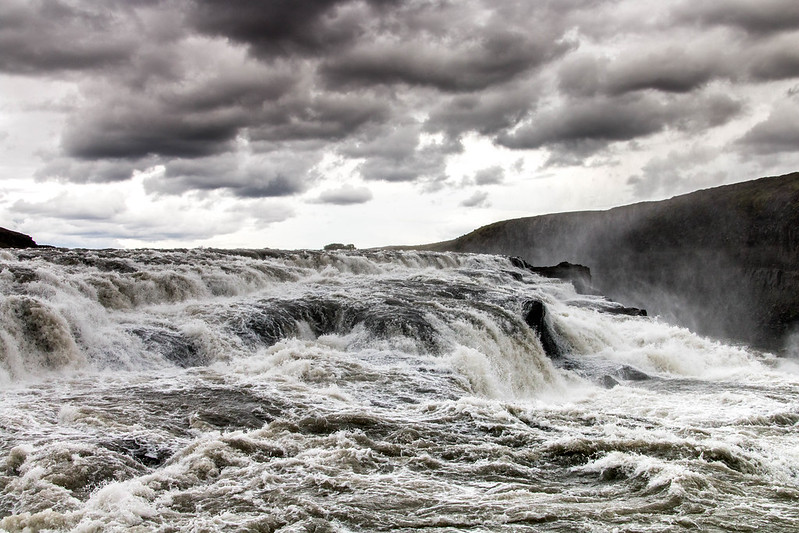 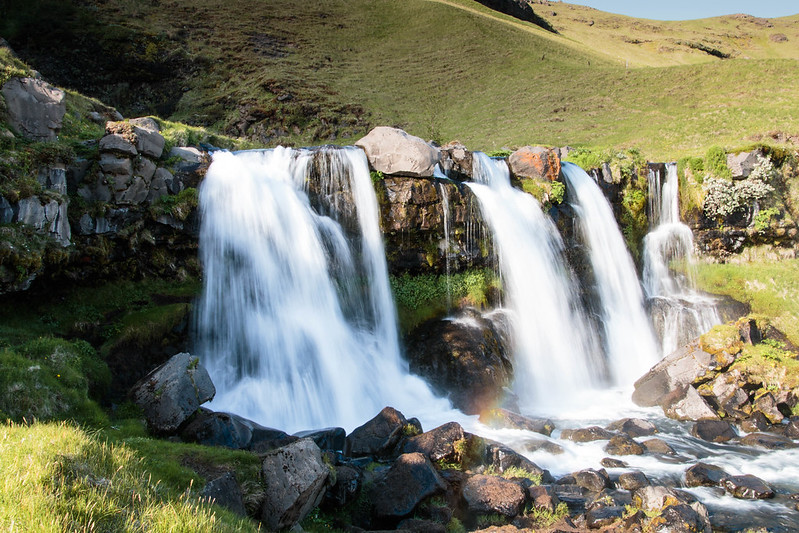 Things started to get more exciting once we left the Golden Circle behind us and and visited Vestmannaeyar, an archipelago in the south of Iceland. The access to Vestmannaeyar by ship is a stunning sight, passing by steep cliffs and turquoise bays on the way into the port. 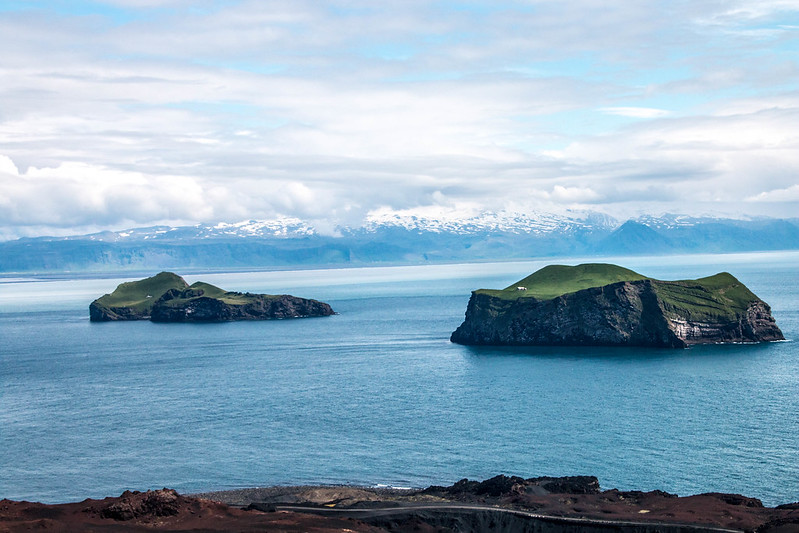 1973 was the last volcanic eruption on Vestmannaeyar during which parts of the city Vestmannaeyjabær fell victim to lava streams. The so-called Pompeji of Iceland is an excavation site nowadays and offers insights into houses that were flooded with lava back then.
We hiked onto the volcanic crater for a beautiful panoramic view over the green hills of Vestmannaeyar and the coast of Iceland. Behind the volcano we crossed a solidified lava field that is covered by a thin layer of moss and stands as a silent witness of the volcanic eruption. 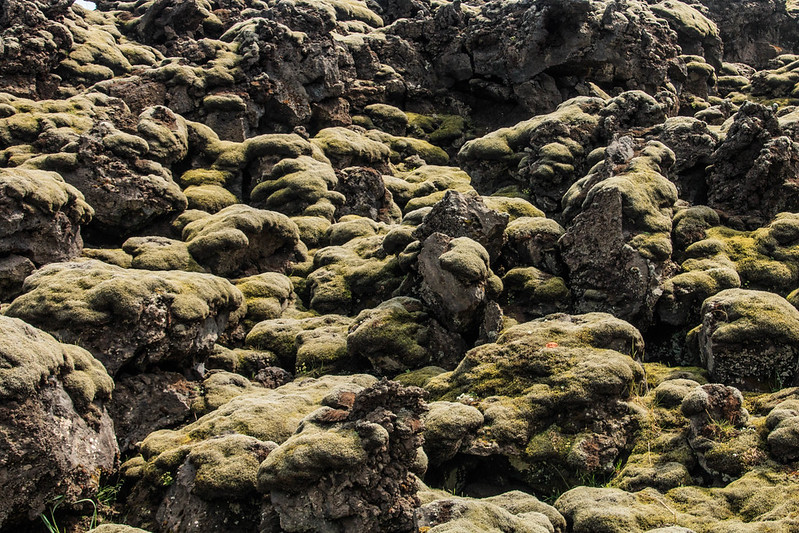 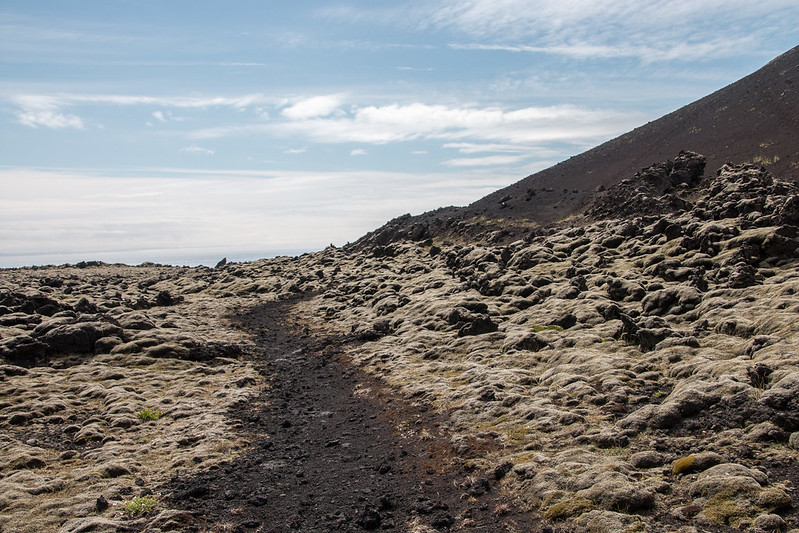 The southern landscape is barren and characterized by furrows left behind by glaciers. We stopped at Skaftafell to take a look at one of the glaciers and hiked into the mountains to see Svartifoss, one of the most iconic waterfalls of Iceland. The waterfall can be seen during most of the approach because the black canyon stands out from the surrounding green mountain slope. Svartifoss which simply means ‘black waterfall’ in Icelandic owes its appearance to the surrounding black basalt and could easily have been a film set from Lord of the Rings. 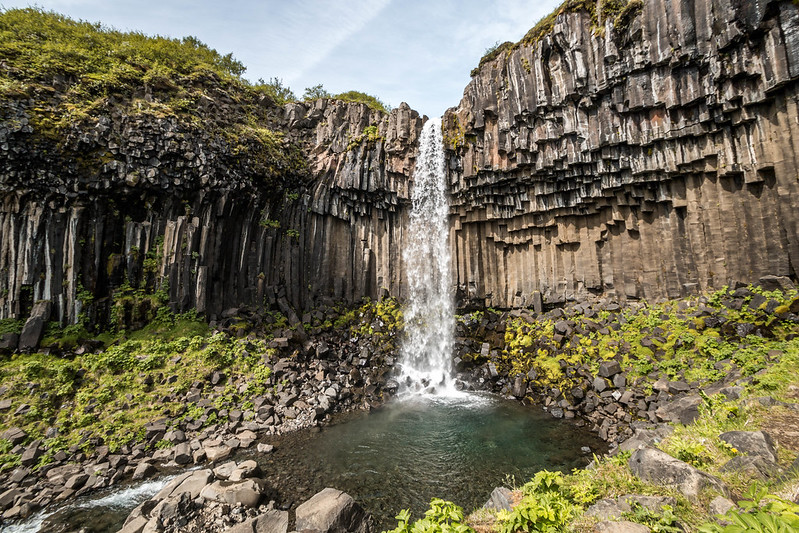 Further to the east we reached Jökulsárlón, a glacial lagoon where ice from the Atlantic and glacial ice meet. The lagoon looks magical with huge iceblocks drifting through the water and black sand at the coast creates a beautiful contrast with the ice washing ashore. 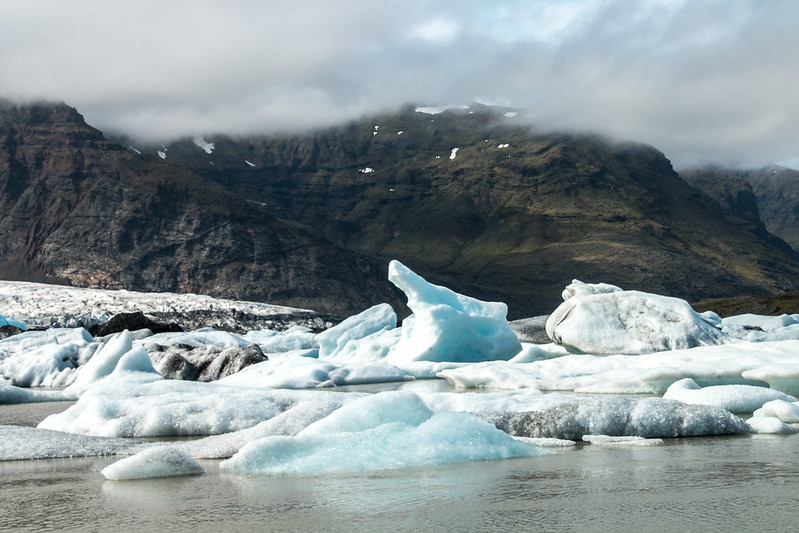 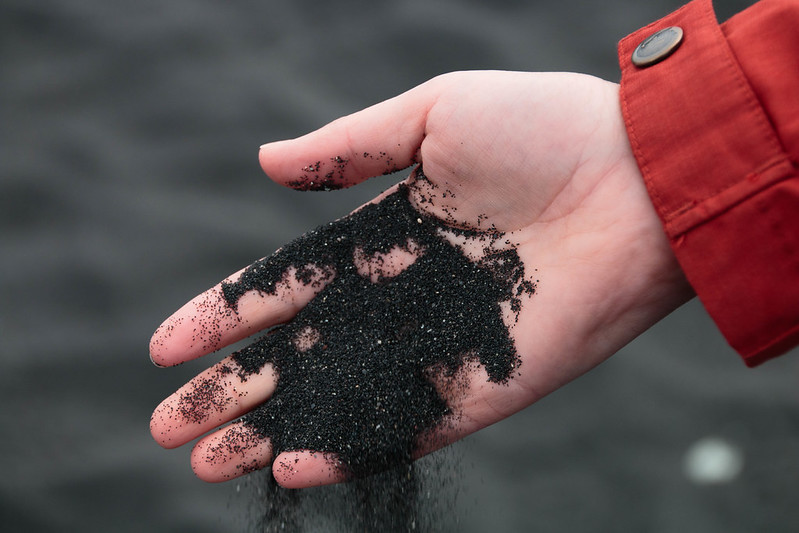 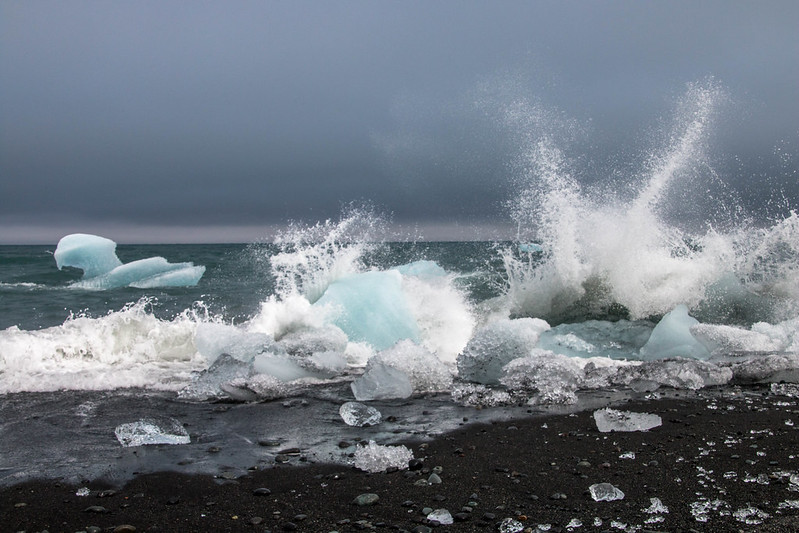 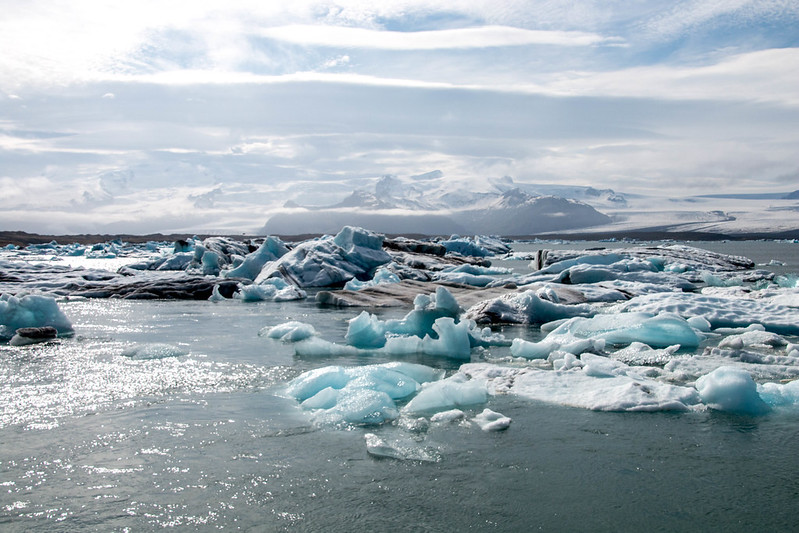 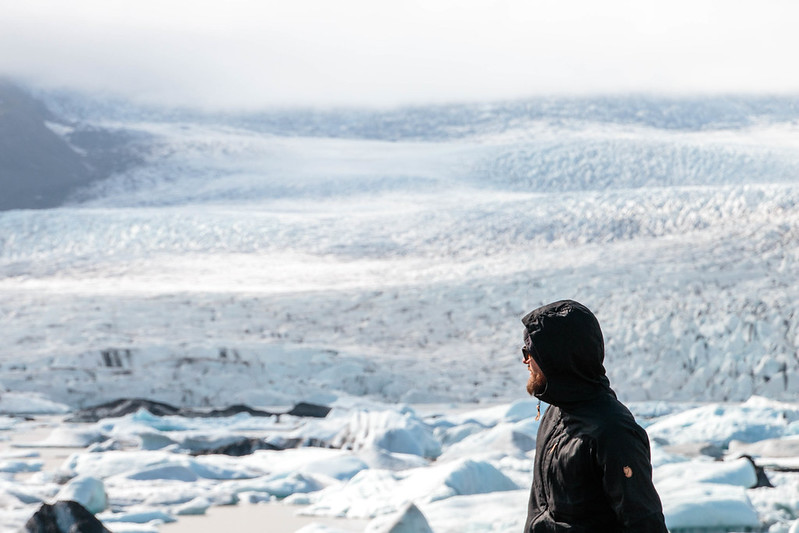 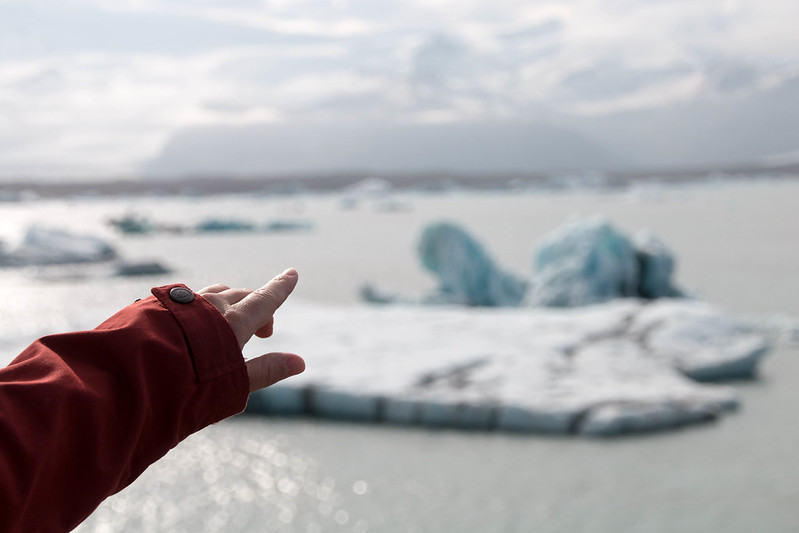 In the next blog post I will cover the second part of our trip to the eastern fjords, the north and the westfjords of Iceland.